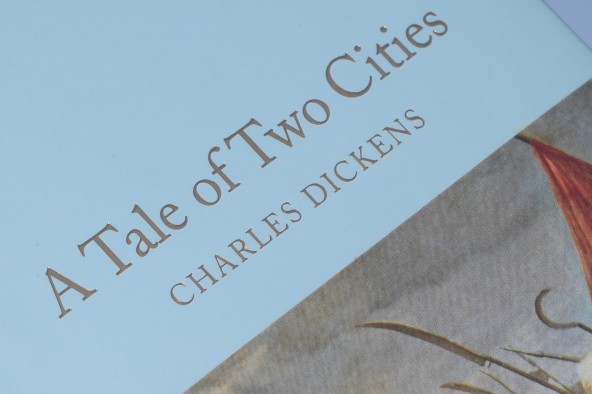 (Okay, so the first thing you should know is that my favourite photo editing site has crashed for the time being. Thus there is no proper blog header for today’s post. Moving on).

This is the first Dickens novel I’ve ever read (except for an abridged version of A Christmas Carol, which was, in that particular case, so abridged that it probably didn’t even count as Dickens anymore). I feel like I chose the wrong book, because I’d always lived under the impression that Charles Dickens handled things like starving orphans with some humour. And I also had no idea that A Tale of Two Cities was about the French Revolution either, because the only exposure to it I had ever had was in a Veggietales movie which I believed was based off it (correct me if I’m wrong, because I have the feeling I might be. Do you know the one with the pots and the shoes and the toy wind up lobster? Okay, I’ll stop rambling now).

Any how, I wasn’t expecting to like this that much. But, oh my goodness, was I wrong. It has easily been my favourite read of the year (I know that’s a generous statement, since we aren’t even two weeks into the year yet). However, I found it astounding and I’m eager to let you all know why it is an amazing read and why you all must go out and read it right now, if you haven’t already.

The plot was very good, complex (occasionally too complex. There were a few instances that I fell asleep or dozed off during my audio book. This wasn’t the fault of the book, I was just tired and the man had a nice voice. But then I’d wake up and the whole world would be coming down and I wouldn’t know why.) and riveting. Once I got through the first half, which dragged on a bit, everything happened so fast and I literally didn’t want to stop reading.

There were a few points where I thought it was lacking, such as why Darnay and Carton’s similar appearance saved Darnay from being hanged and got him acquitted. I might have missed something there. I also wondered what happened to Gabelle at the end. A huge deal was made of his imprisonment, and then it just vanished. Leaving me confused. Other than those two particular plot points, it was top-notch.

The characters were also brilliant and I loved the work that was put into each and every one of them. I loved how they were all so different and unique, even the side characters. Except for Lucie Manette. I don’t know what happened there, but she seemed to suffer when everyone else was so fleshed out and well-rounded and she was just sort of flat. I started off feeling nothing at all for Carton, but he slowly grew on me. it was quite a way from the end that I worked out how things would go for him, and by the point that I predicted, I loved him. I’m still not entirely sure why he did what he did. Obviously, out of love for Lucie, but we see him at the start of the book and then at the end, as two entirely different people. What happened in the middle to cause that sudden shift? Madame Defarge is one of the best antagonists I’ve ever read too, I really enjoyed her character. 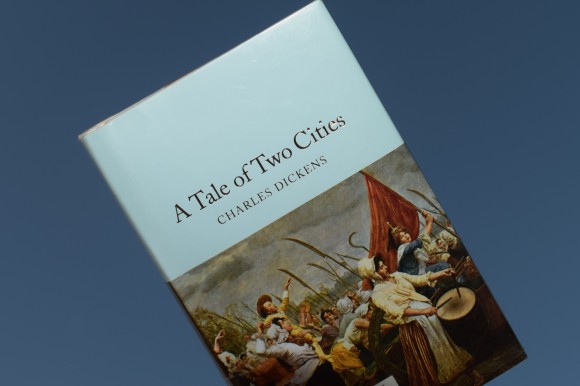 I enjoyed the themes too. I liked the fact that they weren’t general or overdone themes (though even books with overdone themes can incredibly powerful). A Tale of Two Cities raised questions like ‘When does justice become vengeance?’, which I found interesting. Whilst Monsieur and Madame Defarge are both working towards the same goal—revolution—they have different motives. Monsieur Defarge wants justice, and Madame Defarge wants vengeance.

The theme of resurrection and being ‘recalled to life’ was also different and captivating. And of course, probably the most notable theme is that of self-sacrifice. Most of the characters make sacrifice which affects the plot and those around them, these are sometimes small and sometimes large, with Sydney Carton making the ultimate self-sacrifice.

After reading other people’s reviews of A Tale of Two Cities, it seems like the writing is the main turn off. I agree to some extent. I read a lot of classics and I don’t really mind the long descriptions and tangents off into some topic which has little to do with the story, but on occasions I did find Dickens’ writing hard to understand. He used a lot more symbolism than other writers I’ve read. For example, there’s a very long section when he describes the lifestyle of “Monseigneur”. I thought this referred specifically to the Marquis de Evremonde, but it actually referred to the collective aristocrats of France.

Just for your knowledge, I listened to exactly the first half as an audiobook, and then my lending time on the audiobook ran out, so the other half I read as an actual book. I found it much easier to understand the symbolic writing in the book format, because I often drift off, as already mentioned, during audiobooks. I don’t fall asleep when reading. It took me most of the audiobook to work out what Dickens meant to be taken literally, and what wasn’t meant to be taken literally. Once I’d worked that out, I was less confused and I began to enjoy his unique style. 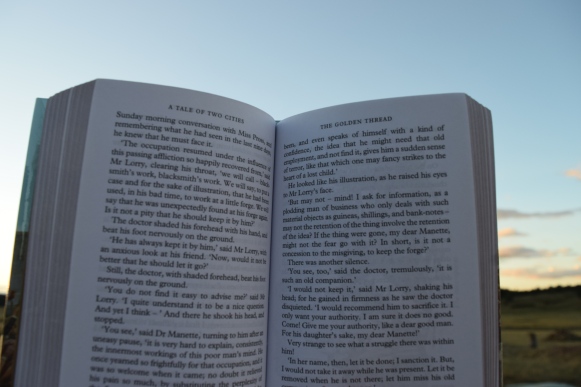 Overall, I absolutely loved this story and it’s become one of my favourites. Once I read The End, I literally wanted to go back and start it all over again. It was undoubtedly the best book I’ve read since Les Miserables. Even if you don’t usually read classics, I would suggest this one to you, because it is, underneath it all, a story of hope, love, forgiveness and justice. And it’s a powerful read.

24 thoughts on “Book Review: A Tale of Two Cities by Charles Dickens”