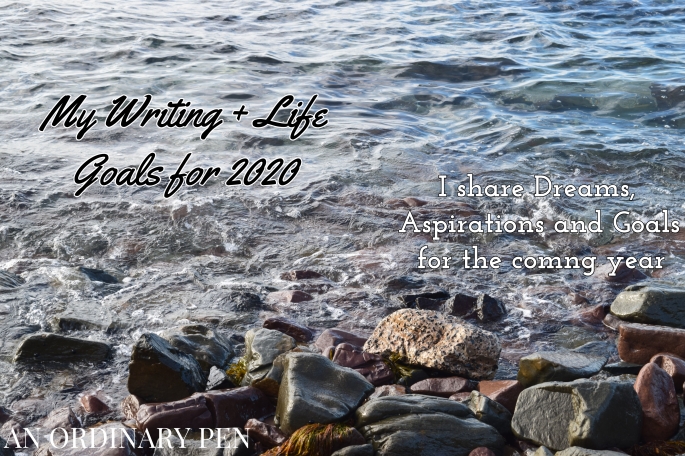 Hey there, everyone! Welcome to my first post of 2020. Can you believe that we’re already in a new decade? It’s a bit wild.

Anyway, I thought I would do a post on my 2020 Goals. I do realise that  everyone is doing one of these posts and that you guys are probably all tired of seeing other people’s goals, but I like being accountable, even if its only to a few people who’ll read this, so I hope you’ll be able to cope with one more.

I’ve set a Goodreads goal to read 60 books, but beyond that, I’ve decided to do a bit more of a personal reading challenge.

I’ve decided that I want to reread five series that really impacted me as a kid and then do a blog post after finishing each series, examining why I liked them so much, how they changed me, and how they ultimately pushed me toward the path of becoming an author. It’s going to be so much fun! As a sneak peek, here are the five series I will be rereading and looking at:

Rowan of Rin by Emily Rodda

How to Train Your Dragon by Cressida Cowell

The Ranger’s Apprentice by John Flanagan

The Chronicles of Narnia by C.S. Lewis

Yes, I read almost exclusively fantasy as a child 😀

I have big plans for this year.

Namely be all secretive and not tell you guys anything, unfortunately.

I will say, though, that my hope and dream is to get Stars Fill Infinity into shape. I just found out (soul-crushingly) that a very similar book was published last year (as in, 2019), so I’m not sure what that will do to any chance of getting an agent, but I also have Southern Cross up my sleeve. My hope for Southern Cross is to enter it into a competition, so I also want to whip it into shape as well.

Basically, my goals come down to:

-Edit SFI within an inch of its life

-Polish SC and (hopefully) submit to a competition

-Write a new first draft and/or compete in NaNoWriMo

This May marks my third blogging anniversary, which I find absolutely astounding! I can’t believe its been so long since I quaveringly wrote my first introduction post and sent it out into the world.

In celebration of the fact that I’ve stuck three years out with this blog, I’m going to try doing an overhaul of the site and redesign it. I have a lot of thoughts and ideas on this, but I’ll update you again in a few months.

-Rewrite “My Works” and “About Me” pages.

-Keep up with my posts and not disappear all the time 😛

My lifestyle could definitely use improvement. I made a big effort last year to make sure I was eating better. I cut a lot of meat out of my diet and started working on becoming more vegetarian. I doubt I’ll become fully vegetarian any time in the coming year, but I like to think I’ll be making a little bit of a difference anyway if I just cut down.

The other thing I’ve been working on is shopping more ethically, both in clothes and food and I’ve been really encouraged that places like Kmart and Target have taken steps to become more ethically and environmentally conscience. In the meantime, I’ll continue to support great shops like Jeanswest and Cotton On, that earned themselves ratings in the high Bs and low As.

My general life and goals are pretty basic. I want to finish my Cert. III in Dog Training. I want to excel at my job. I want to get a few creative, non-writing projects done and use my brand new “Christmas” sewing machine a lot! And I want to work with both my horse and my dog as well as looking into getting a puppy.

Finally, I want to work really hard on my language learning. I’ve always wanted to properly learn a language, but I’ve never had the motivation or time to do it until last year, when I started learning Hawaiian. I want to keep that up and get a measure of fluency in it this year.

-Sew two new dresses/skirts/shirts/something else for myself.

-Compete with Hugo (my dog)

-Confidence building with Henry (my horse)

-Keep up with my Hawaiian lesson and push myself to learn more.

What about you guys? How did you go with your goals from last year? Spoiler, I didn’t complete any of mine. What are your goals for 2020?